To share your memory on the wall of John Coulahan, sign in using one of the following options:

Provide comfort for the family of John Coulahan with a meaningful gesture of sympathy.

At age 97 had his last bomber take off on January 30th, 2020. Col. Coulahan was born at home in Woonsocket, R.I. April 14, 1922. Son of the late Winifred (Hunt) Coulahan of County Roscommon, Ireland and the late John E Coulahan. The Colonel’s Great Grandfather was killed during the Civil War. John was a graduate of the U.S. Military Academy (West Point) in 1945 and spent over 30 years serving the nation in the Air Force. He flew the last B-17’s in Europe and his last years as a B-52 Wave Commander over Vietnam. He commanded two Air Force installations, the last one as Base Commander, Phu Cat Air Base, Vietnam.

After retirement he spent 10 years in R.I. real estate. Moving to Tucson years ago he became a docent at the Tucson Historical Society. He was also an active member of the Order of Dedalians; a national fraternity of military pilots; and volunteered providing tax assistance to veterans.

He was predeceased by his first wife, Joyce (Barre) Coulahan, second wife Jean (Ryder) Coulahan; and is survived by his four biological children Pamela of Westerly, RI; Christopher of Pensacola, FL; Lisa of Boca Raton, FL; and John Jr of Colorado Springs, CO. He was blessed with 13 grandchildren.

Services are scheduled at West Point cemetery at the Most Holy Trinity Chapel in West Point, New York on Monday, February 24, 2020 at 1:30pm. Questions may be directed to Abbey Funeral Chapel, Tucson AZ. He led his life by the West Point motto Duty, Honor, Country.

We encourage you to share your most beloved memories of John here, so that the family and other loved ones can always see it. You can upload cherished photographs, or share your favorite stories, and can even comment on those shared by others. 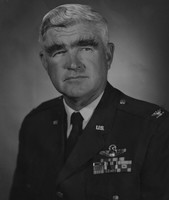 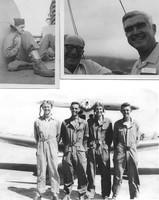