To share your memory on the wall of Charles Bruhn, sign in using one of the following options:

Chuck is preceded in death by his parents, Walter and Marie; and his siblings, Walter Bruhn Jr., Lori Bentz and Lillian Dahnke.

He was a proponent of the “bonus donut” as many times as he could get away with it and enjoyed boating around Loon Lake and spending time with family and friends. Chuck also enjoyed dancing and telling jokes.
Chuck was a lover of music who played bassoon, as well as other instruments and sang in the church choir. His favorite song was Fanfare of the Common Man by Aaron Copland.

There will be a Celebration of Chuck's Life later this summer in Wisconsin.
Read Less

To send flowers to the family or plant a tree in memory of Charles Arthur "Chuck" Bruhn, please visit our Heartfelt Sympathies Store.

There are no events scheduled. You can still show your support by sending flowers directly to the family, or planting a memorial tree in memory of Charles Arthur "Chuck" Bruhn.
Visit the Heartfelt Sympathies Store

We encourage you to share your most beloved memories of Charles here, so that the family and other loved ones can always see it. You can upload cherished photographs, or share your favorite stories, and can even comment on those shared by others. 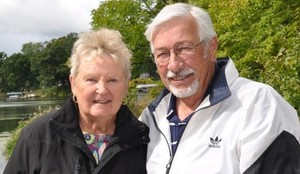