To share your memory on the wall of John Ogao, sign in using one of the following options:

Print
John Wilfred Ogao was born in Kekaha, Kauai, Hawaii, on 7 August, 1942, to Margaret Gonsalves and Franklin Rivera Ogao. He passed away peacefully in the middle of the night on 10 September, 2020, in Tucson, Arizona.

John was raised by ... Read More
John Wilfred Ogao was born in Kekaha, Kauai, Hawaii, on 7 August, 1942, to Margaret Gonsalves and Franklin Rivera Ogao. He passed away peacefully in the middle of the night on 10 September, 2020, in Tucson, Arizona.

John was raised by his grandmother in Kauai until age 7, when he went to live with his mother and siblings. He learned to make do and work hard. He loved the mountains, loved to hunt, fish, and go spearing for lobster and eel.

As a young man, John left Hawaii to join the army and become a paratrooper in the 101st Airborne. It was while in the army and stationed in Ft. Campbell, Kentucky, that he met Loretta Martin, from Waipahu, Oahu. Loretta was a nurse and lieutenant in the army. Because John was enlisted and Loretta was an officer, one of them was required to leave the military if they stayed together. They were married on October 5, 1962 in Ft. Campbell, Tennessee and both were honorably discharged. They moved to Hayward, California, had two children, then moved a few years later to Waipahu, Oahu. John went back to school and attended Church College of Hawaii (later known as BYU-Hawaii) where he received his Bachelors degree in Industrial Arts. John and Loretta had three more children. He obtained his teaching certificate, then taught school and coached football at Nanakuli High School. They then left Hawaii and moved to Tacoma, Washington in 1978, where John received his Masters degree in Education Administration from Pacific Lutheran University and became a principal and sports coach for a small school in Tacoma. John decided to make a career change and in 1989 they moved to Sierra Vista, Arizona, where he went into law enforcement and became a Customs Inspector for the US Customs Service. He retired from that field in 2009.

John’s ashes will be taken to Kauai, where he was born, and placed in Kekaha Cemetery near his grandparents.
Read Less

To send flowers to the family or plant a tree in memory of John Wilfred Ogao, please visit our Heartfelt Sympathies Store.

There are no events scheduled. You can still show your support by sending flowers directly to the family, or planting a memorial tree in memory of John Wilfred Ogao.
Visit the Heartfelt Sympathies Store

We encourage you to share your most beloved memories of John here, so that the family and other loved ones can always see it. You can upload cherished photographs, or share your favorite stories, and can even comment on those shared by others. 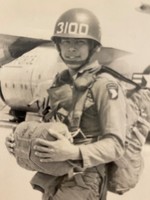 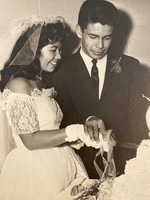