To share your memory on the wall of Christobal Cobley, sign in using one of the following options:

Ernie was born in Albuquerque, New Mexico to father Chris Cobley and mother Rosina (Lena) Cobley. He had six siblings, Genevieve, Diana, Fred, Christine, Angelina, and Geraldine. Growing up in the old town area of Albuquerque, he was an active member of the Boys Club. He later became the president of the North Valley Little League while coaching his son's team. He enjoyed his work in the grocery industry as a produce manager and supervisor at Piggly Wiggly, Smiths, Albertsons, Jerry’s Market and Lowe’s.

Ernie had five children, Deborah, Felicia, Victoria, Sean, and Christopher. Additionally, Ernie had seven grandchildren and eight great grandchildren. In 2012 Ernie started commuting between Albuquerque and Tucson, Arizona to be closer to his youngest son Christopher.

If you knew Ernie Cobley, he was very encouraging in every goal you strived for, friendly to every person he encountered, and felt happiest outside with a coffee cup in hand. He will be greatly missed by all who knew him.

Due to the restrictions of the COVID-19, services will be held at a later date.
Read Less

To send flowers to the family or plant a tree in memory of Christobal Ernest " Ernie" Cobley, please visit our Heartfelt Sympathies Store.

There are no events scheduled. You can still show your support by sending flowers directly to the family, or planting a memorial tree in memory of Christobal Ernest " Ernie" Cobley.
Visit the Heartfelt Sympathies Store

We encourage you to share your most beloved memories of Christobal here, so that the family and other loved ones can always see it. You can upload cherished photographs, or share your favorite stories, and can even comment on those shared by others.

Posted Dec 02, 2020 at 02:53pm
Sean & Family,
My prayers & deepest sympathies are sent to you. Ernie's light will shine forever in those that he loved & those that loved him. 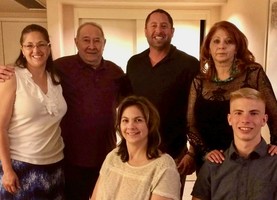 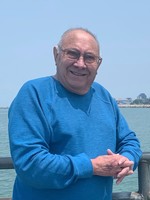 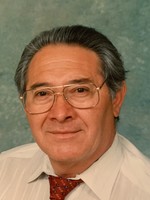