To share your memory on the wall of Elizabeth Layton, sign in using one of the following options:

Elizabeth "Betty" Layton (96) went to be with her Lord on December 7, 2020 after a long illness. Betty was born on October 2, 1924 in Chicago, Illinois to Edward J & Elizabeth M Koch. She was the younge... Read More
ELIAZBETH EDNA MARIE KOCH LAYTON

Elizabeth "Betty" Layton (96) went to be with her Lord on December 7, 2020 after a long illness. Betty was born on October 2, 1924 in Chicago, Illinois to Edward J & Elizabeth M Koch. She was the youngest of six children. Betty lost her mother when she was six years old and was raised by relatives until her father remarried when she was ten years old and they became a family again. At the age of 18, she met and married Otis A Layton in Racine, Wisconsin and they lived there with their two sons, Jeffrey & Larry, until 1955 when they moved to Tucson, Arizona. Betty went to work at Hughes Aircraft/Tucson in 1955 until she retired in 1986. Betty and Otis divorced in 1967, remaining friends.

Betty had a cerebral aneurysm and brain surgery in 1972 which caused seizures and an inability to drive. Ken Morgan, a friend at Hughes, stepped up and picked her up for work and brought her home every day for a year until he became sick and she moved to his home to take care of him. They remained close companions until his death in 1996.

Betty was very adventurous when she was younger, enjoying riding dirt bikes and rock hounding all over Arizona and into Mexico. Betty & Ken were avid Ham Radio Operators. They had studied to receive their FCC licenses to communicate on the airwaves, before cell phones were available. They belonged to a Tucson ham club, aiding at community events like Tucson Meet Yourself. Betty also enjoyed many kinds of crafts like crocheting & working on the computer, making birthday/anniversary cards for friends, family and church members – each one personalized. She loved playing cards once a week with her friends, who continued to gather after she moved to a nursing home in NW Tucson, a 40-mile round trip. Betty enjoyed writing poems and stories and made a beautiful booklet as a fundraiser for her church.

Betty had a passion for singing ever since she was a small child, often singing along with her father as he played the concertina. When she was older, she sang with a dance band. She began singing in an adult church choir when she was 16 years old. She especially enjoyed singing ‘Ave Maria’ as a soloist at church. After she moved to the nursing home, she loved to sing with the piano player who played there twice a month, songs from the 40’s & 50’s which was enjoyed by all - residents & staff.

Betty was a woman of deep faith. She was a founding member of Santa Cruz Lutheran Church and was a tireless and selfless volunteer. After she moved to the nursing home, she continued to make hand size palm crosses of her own design for the Palm Sunday service at church & for residents of the nursing home.
Betty had many stories she enjoyed sharing and a favorite saying - when asked how she was doing, she always replied: Fair to Middlin'. She will be missed but not forgotten.


A PART OF FOREVER
by Elizabeth M. Layton

When death has claimed my body and my soul wings to the sky,
Where e’er you find my last remains, there let my ashes lie.

Just scatter them into the wind and let them wander free
Across the land I dearly loved and make it part of me.

As ashes mingle with the wind and blow upon the sand
I shall forever more become a portion of that land.
Read Less

To send flowers to the family or plant a tree in memory of Elizabeth "Betty" Layton, please visit our Heartfelt Sympathies Store.

There are no events scheduled. You can still show your support by sending flowers directly to the family, or planting a memorial tree in memory of Elizabeth "Betty" Layton.
Visit the Heartfelt Sympathies Store

We encourage you to share your most beloved memories of Elizabeth here, so that the family and other loved ones can always see it. You can upload cherished photographs, or share your favorite stories, and can even comment on those shared by others. 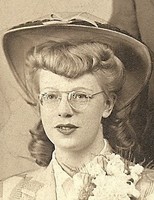 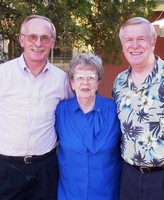 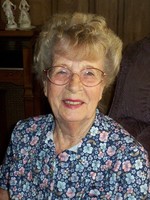