To share your memory on the wall of Michael Leon, sign in using one of the following options:

Print
Michael Anthony Leon, known to many as Stretch, age 64, of Tucson, Arizona, passed away on December 1, 2020 after a two-week battle with COVID, but also had other medical conditions like stage 4 lung and brain cancer.

Michael, son of Cat... Read More
Michael Anthony Leon, known to many as Stretch, age 64, of Tucson, Arizona, passed away on December 1, 2020 after a two-week battle with COVID, but also had other medical conditions like stage 4 lung and brain cancer.

Michael, son of Catalina Patino Leon (deceased) and Mike Moreno Leon, was born in San Jose, California, on July 14, 1956. He and his family moved to Tucson in 1966. In 1974, he graduated from Tucson High School where he played basketball, and later went on to play baseball.

Michael worked with his family in his father’s tree service business for several years. From there he ventured into the construction industry where he became a drywaller.

Michael enjoyed camping, fishing, hunting, ping pong, chess, dominos and spades. He also competed in the Cactus Bowling tournaments and the Gabe’s Bar Billiard tournaments. Michael was a die-hard Indianapolis Colts fan. He was a person who was the life of the party and always made people laugh.

Michael was beloved by all who knew him, and will be deeply missed.
Read Less

To send flowers to the family or plant a tree in memory of Michael Anthony "Stretch" Leon, please visit our Heartfelt Sympathies Store.

There are no events scheduled. You can still show your support by sending flowers directly to the family, or planting a memorial tree in memory of Michael Anthony "Stretch" Leon.
Visit the Heartfelt Sympathies Store

We encourage you to share your most beloved memories of Michael here, so that the family and other loved ones can always see it. You can upload cherished photographs, or share your favorite stories, and can even comment on those shared by others. 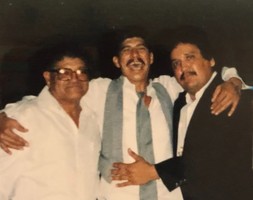 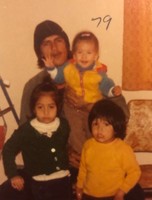 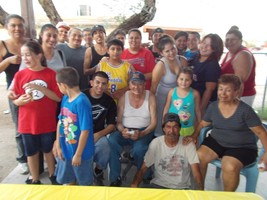