To share your memory on the wall of Donald Ulliman, sign in using one of the following options:

Born in Springfield, Ohio but moved to Tucson with his family at a young age. As a child, he attended St Peter and Paul Catholic School, Salpointe High, and Tucson High, where he gradua... Read More
Donald Thomas Ulliman
9/16/1948 - 12/20/2020

Born in Springfield, Ohio but moved to Tucson with his family at a young age. As a child, he attended St Peter and Paul Catholic School, Salpointe High, and Tucson High, where he graduated in 1966. As a lifelong music lover, he was a member of various garage bands with high school friends; including Missing Links, Downstreet Riot, Arousers, and The End. He served in the U.S. Air Force (1967-1971) and was a Vietnam War Veteran.

After his service and while working to support his family, he continued his education at Pima Community College and received associate’s degrees in mechanics. He was a dedicated father who volunteered much of his time to the extra-curricular activities of both of his children, never missing a high-school band performance, baseball practice or game, or scouting event. For several years, Don and Melanie volunteered for the Catholic Engaged Encounter hosting weekend retreats for engaged couples. He retired from Hughes Aircraft/Raytheon in 2005 after 31 years of employment. Since retirement, he and Melanie expanded their travel from short family camping trips to spending full summers in cooler climates across the country, working as camp hosts in many campgrounds and State Parks, while maintaining residence in Tucson during the winters. During his time in Tucson after retirement, he enjoyed lending his musical talents to Corpus Christi Church services, the Roustabouts, and many impromptu jams.

To send flowers to the family or plant a tree in memory of Donald Thomas Ulliman, please visit our Heartfelt Sympathies Store.

There are no events scheduled. You can still show your support by sending flowers directly to the family, or planting a memorial tree in memory of Donald Thomas Ulliman.
Visit the Heartfelt Sympathies Store

We encourage you to share your most beloved memories of Donald here, so that the family and other loved ones can always see it. You can upload cherished photographs, or share your favorite stories, and can even comment on those shared by others.

Posted Mar 06, 2021 at 03:10pm
We had the good fortune of being friends with Don and Melanie for over 40 years, raising our children together, spending many a weekend evening playing cards, camping trips, cruising to Mexico, Hawaii and the Panama Canal, and many other adventures. Don was a good and generous man, loving husband and father, and a great friend. You are missed everyday Don. Our love to Melanie and family.
Ron and Pauline
Comment Share
Share via:
JO

Posted Mar 03, 2021 at 10:29pm
Don and Melanie were lifelong friends of my parents Dave and Gaye Stever. We spent many wonderful holidays camping with the Ullimans throughout the 1970s-1980s enjoying desert trips and motorcycle trails. My all time favorite memory predated me but as told with lots of laughter was the ill fated camping trip where Don tried to light the pilot for Melanie to make brownies in the camp trailer. It involved a rattle snake, a shotgun, a hidden oil drum in the ground, and nerves of steel. I’m told on that same trip a dead body was found and my sister got the chicken pox. So many fond memories of Anza Borrego Springs, Ocotillo Wells, Joshua Tree, trips to Tucson and the Sonoran Desert wildlife park.... lots of good memories. My love to the Ullimans.
Comment Share
Share via:
MB

Posted Mar 03, 2021 at 10:13pm
Such a good guy. Melanie and family, our heartfelt condolences. I remember meeting you two in Florence--the yummy seafood--and having dessert (chocolate) back in your RV. Thanks to you two, we have been able to lead tours in the lighthouse in Crescent City as part of a Work kamper program. You must have some absolutely wonderful memories!
Comment Share
Share via: 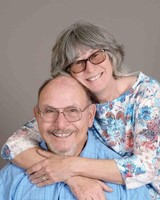 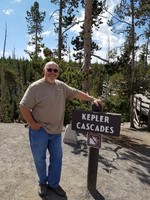 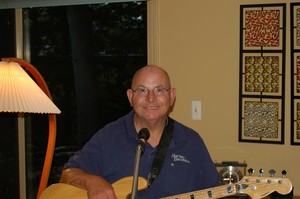