To share your memory on the wall of Albert Perry, sign in using one of the following options:

Print
On Tuesday, January 26, 2021 Albert John Perry, loving husband and father of 6 children, passed away at the age of 89.


Al was born on April 15, 1931 to Manuel and Sylvia Perry in Los Angeles, California. After graduating from High... Read More
On Tuesday, January 26, 2021 Albert John Perry, loving husband and father of 6 children, passed away at the age of 89.


Al was born on April 15, 1931 to Manuel and Sylvia Perry in Los Angeles, California. After graduating from High School in Fairhaven he and his twin brother enlisted in the Air Force. Al married Barbara Levesque in 1952. They had two children, Sheryl and Debra.


During his time in the Air Force he was responsible for getting radar sites operational across northern Alaska in the 1950s. His service included tours in Vietnam and Thailand during the war. He retired from the Air Force in 1970.


After retirement he sold Real Estate in Tucson, Arizona. It was there that he met and married Theresa Malecha in 1972 and adopted her four children, Melanie, Patrick, Paul and Joseph. He worked for Bendix Field Engineering as the Operations Manager at the Baker Nunn Satellite Tracking Station in San Vito, Italy. He continued his second career with Bendix in Saudi Arabia and Korea. He retired from Bendix in 1991 and moved to Northfield, Minnesota where he and Theresa lived until 2013. After two years of summering in Hastings, Minnesota, and wintering in Tucson, Arizona, they moved to Tucson permanently in 2015.


Al loved to watch murder mysteries with his family as well as all types of sports. He had a soft spot for the Vikings and Twins, and for Tony Stewart and Tiger Woods. He was very proud of his time in service and was always dedicated to the Air Force. Al was an expert when it came to airplanes and volunteered as a docent at the Pima Air and Space Museum in Tucson, always going the extra mile to show visitors the detailed ins and outs of the planes. He often spoke fondly of the discussions he had with the foreign visitors who came to his museum and of talks he had with the actual pilots of some of the planes in the museum’s collection. He never missed the heritage flight training at Davis Monthan Air Force Base and, no matter where he lived, always found the nearest airshow to attend.


Al was an avid ametuer historian. He volunteered at the Northfield Historical Society in Northfield, Minnesota. He enjoyed meeting visitors and conducting tours of the bank that was at the center of the infamous Jesse James Gang raid. He was also a member of the James Younger Gang Club for many years. He and Theresa were basket weavers and they taught basket weaving classes.


Albert was a kind, interesting and gentle man. He was curious about things and went about his day pursuing interests. He had a wonderful sense of humor and he loved to spend time with his children and grandchildren. Al always went out of his way to help anyone, anywhere, at any time, in any way he possibly could.


Albert is preceded in death by his beloved grandmother, Mary Rose Perry, his father Manuel Perry, his brother William Perry and his daughter Sheryl Perry. He is survived by his wife, Theresa Perry, children Debbie Day, Melanie Bowman, Patrick Perry, Paul Christen and Joseph Perry as well as 9 grandchildren and 10 great grandchildren.


Al will be remembered for his gentle spirit, generosity and sense of honor.


He will be missed by all that knew him.
Read Less

To send flowers to the family or plant a tree in memory of Albert John Perry, please visit our Heartfelt Sympathies Store.

There are no events scheduled. You can still show your support by sending flowers directly to the family, or planting a memorial tree in memory of Albert John Perry.
Visit the Heartfelt Sympathies Store

We encourage you to share your most beloved memories of Albert here, so that the family and other loved ones can always see it. You can upload cherished photographs, or share your favorite stories, and can even comment on those shared by others.

3 trees were planted in the memory of Albert Perry

This is so nice!!! Thank you to all the Sierra Court family!
MB

Posted Feb 02, 2021 at 03:42pm
So many people have sent me notes about Dad. They all remember him as a caring and generous soul. Your stories and observations mean so much! I encourage you to share your words about him here. Love you all, Melanie Bowman
Comment Share
Share via: 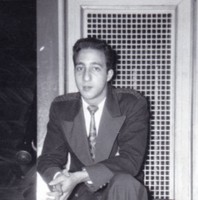 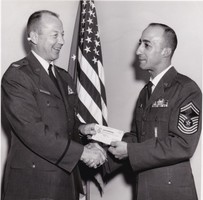 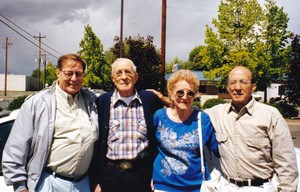 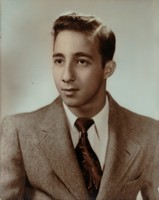