To share your memory on the wall of Carolyn McCallie, sign in using one of the following options:

Carolyn was born on December 8th 1935 in Portchester, NY to parents Homer and Alice Shattuck. Raised in Rye, NY and
lived in NY until she and her family moved to Danbury, CT. for 40 years, then moved to Tucson, AZ with her husband
for another 20 years.

Carolyn graduated from Rye High School in 1954. She was a member of her high school marching band. She stayed in touch with many of her former classmates after graduation. She met and married Walter McCallie Jr. in 1955. They raised their two children in Danbury CT. for the next 30 years.

Throughout her life, Carolyn worked a number of jobs alongside being a mother. Carolyn worked as a seamstress, volunteer at the Danbury hospital, and Grolier Inc. Publishing Co., working in the warehouse as an order processor for 15 years.

Hobbies included sewing, quilting, crocheting, traveling & camping where she and her husband belonged to the FMCA for about 50 years. Avid campers Walter and Carolyn purchased a used 1948 Greyhound bus renovating and restoring it into a
camper. The McCallie’s spent numerous years traveling all over the country from their bus to their latest Pace Arrow camper.

Walter and Carolyn moved to Tucson in 2000 where they continued their retirement in the desert southwest. Carolyn never tired of the intense hot summers in the desert. For countless holidays & summers Carolyn would enjoy her family and her
granddaughters over at poolside, and many outings around Tucson, etc.

Carolyn is recalled by many of her generous personality and her passion for life as a wife, mother, and grandmother. Also,
accepting trials, surprises, and changes that cast her way.

She is also survived by two sisters-in-law Marilyn Crafa & Beverly McCallie; and many nieces and nephews.

A private service was held by a Chaplin with family in attendance. Carolyn will be missed by loved ones and all who knew her.
Read Less

To send flowers to the family or plant a tree in memory of Carolyn "Kay" McCallie, please visit our Heartfelt Sympathies Store.

There are no events scheduled. You can still show your support by sending flowers directly to the family, or planting a memorial tree in memory of Carolyn "Kay" McCallie.
Visit the Heartfelt Sympathies Store

We encourage you to share your most beloved memories of Carolyn here, so that the family and other loved ones can always see it. You can upload cherished photographs, or share your favorite stories, and can even comment on those shared by others.

Posted Apr 09, 2021 at 09:35am
We are saddened by Kay's passing, and send our prayers and condolences to all her family. Our fondest memories of Kay include her love of life, her best friend, and loving husband Walter, her family and grandchildren. Kay also had a contagious smile and joyful laugh, while talking of their life long camping adventures. An active couple, Kay was always ready for her next adventure. May she rest in peace, and enjoy her final adventure in God's heavens. Kay will be dearly missed by all.
Comment Share
Share via: 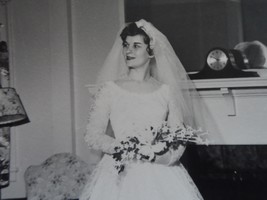 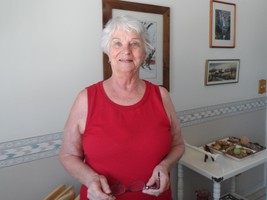 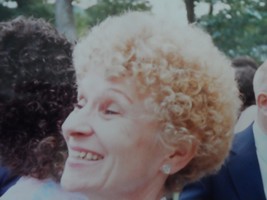 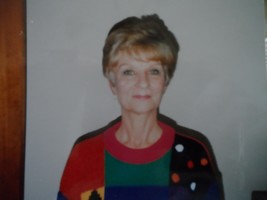