To share your memory on the wall of Oscar-Ernesto Morales, sign in using one of the following options:

Oscar started his schooling at Roskruge, was graduated from Tucson High School and the University of Arizona where he received degrees in music with majors in piano, education, administration and Spanish. He was a piano student of Julia Rebeil and later of Edna Church and Alfred Del Moral. After his university graduation he served in the United States Army as a bandsman and entertainer on the East Coast. Oscar taught music at Alice Vail, Safford and was the director of music at the Escuela Campo Alegre in Venezuela. He taught Spanish for the University of Washington in Mexico and was the department chair at different periods at Catalina High, the Gregory School (one of the four founding masters) and University High School. He did language studies at the National Autonomous University of Mexico and graduate studies at the University of Jalisco and in Spain. While growing up in Tucson, Oscar was an Arizona Daily Star carrier for route 37, a soda jerk at the old Owl Drug Store, and a haberdasher at Jacome’s Department Store. He was the organist at Santa Cruz and Holy Family Church as a young man. A composer, his Mass was performed at St. Philip’s in the Hills Episcopal Church.

Oscar was active in the National, Arizona, and Tucson Education Association, a Human Relations Commissioner for the City of Tucson, on the board of the El Encanto Homeowners Association and a member of St. Michael and All Angels Episcopal Church. An amateur genealogist, he was active in the Arizona Historical Society and a member of the Descendientes del Presidio de Tucson.

Oscar was predeceased by his parents Francisco and Beatriz, and sister Alfia. He is survived by his wife of 54 years Patricia, his daughter Micaela (Kwame); his son José (Kelly); sister Elda; brother Herman; grandchildren Bridget, Alisa, Xavier, and Audrey; and a loving, extended family and many, many friends.

There will be a small private funeral and committal due to Covid19 restrictions. A celebration of Oscar’s life will be held when it is safe for us all to congregate again. In lieu of flowers, donations may be made in Oscar’s name to the Humane Society of Southern Arizona or Pima Animal Care Center.
Read Less

To send flowers to the family or plant a tree in memory of Oscar-Ernesto Morales, please visit our Heartfelt Sympathies Store.

There are no events scheduled. You can still show your support by sending flowers directly to the family, or planting a memorial tree in memory of Oscar-Ernesto Morales.
Visit the Heartfelt Sympathies Store

We encourage you to share your most beloved memories of Oscar-Ernesto here, so that the family and other loved ones can always see it. You can upload cherished photographs, or share your favorite stories, and can even comment on those shared by others. 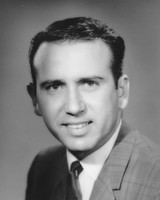 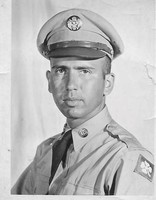 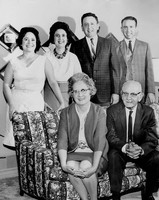 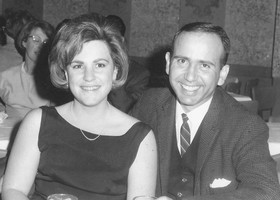