To share your memory on the wall of Joan Kramer, sign in using one of the following options:

Provide comfort for the family of Joan Kramer with a meaningful gesture of sympathy.

Joan was united in marriage to Nicholas Kramer on September 21, 1976 with whom she retired in Tucson, AZ in 1996. Joan enjoyed traveling, music, dancing, reading, cooking, caring for the wild birds, playing MahJongg with her good friends; but most of all, cherishing time with her loving, devoted husband.

Joan was preceded in death by her husband, her parents and father and mother-in-law, Harold and Shirley Kramer.
Read Less

Provide comfort for the family by sending flowers

We encourage you to share your most beloved memories of Joan here, so that the family and other loved ones can always see it. You can upload cherished photographs, or share your favorite stories, and can even comment on those shared by others. 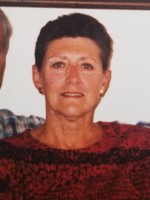